In the last blog in the series, we spoke to one of our customers who recently claimed Universal Credit (UC) with support from the Thirteen team. Her name has been changed for privacy reasons. 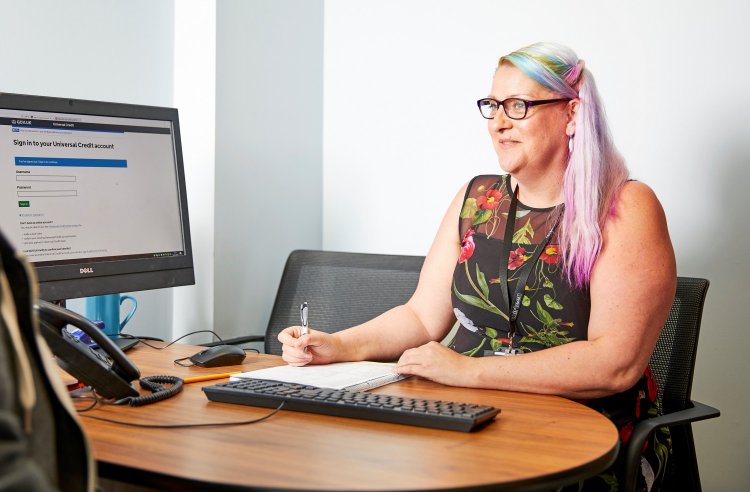 Universal Credit is in the press constantly, and many people across the country have had bad experiences of the benefit. At Thirteen, we work closely with the DWP to highlight problems and help solve issues to make this experience better, but we also want our customers to know that they don’t need to be worried about claiming UC, because we’re here to help.

Kathy had tried hard to manage multiple health issues alongside work for several years before she had to be signed off because she wasn’t well enough to continue. After 12 months, her wages stopped and the DWP referred her for a medical assessment.

Kathy expected to get that same outcome as she had done in the past and so was really surprised when the assessment confirmed that she was not fit for work, and that she would need to claim Universal Credit. This was her first experience with the new benefit and our support service, working with UC co-ordinator Vicky Jones.

“Vicky has been absolutely brilliant, superb actually. If it wasn’t for her help, I’d be lost.”

Kathy’s case turned out to be a complicated one, and there was confusion at the Jobcentre over where her claim would sit, between her eligibility for personal independence payments, tax credits and UC.

“The jobcentre said I had to claim for universal credit, but when I got over there, the lady didn’t know what to do with me because I claim PIP and I claim tax credits. They passed me to Vicky, who looked into it all and in the end, she said I’d be better off claiming Universal Credit because I could have been waiting several weeks for a decision otherwise. I’ve got a daughter at home, so we couldn’t go without.”

Vicky worked closely with the UC and benefits teams, spending a significant amount of time to make sure that the assessment of Kathy’s claim was correct.

“Everything’s fine now. It wasn’t at first – for the first few weeks my money was a bit all over the place, so Vicky had to step in again. She knows exactly what she’s doing, she’s proper clued up with the benefits system. If it wasn’t for her, we might have lost hundreds. We wouldn’t have had a clue. She’s an absolute godsend.”

Kathy’s experience is similar to that of hundreds of Thirteen’s customers across the Tees Valley, as well as the Middlesbrough residents we were able to help through the partnership with Middlesbrough Council and the financial inclusion group. Claiming Universal Credit can be complicated and daunting, but with the right level of support from experts and the kind of wrap around services offered by Thirteen and other housing providers, we’ve seen that it’s not always bad news for people. We’re asking the DWP to open up access to funding for Universal Credit support to housing providers, to make sure people have access to the best help possible wherever they live.

Housing providers work with a huge proportion of customers who are claiming UC already and those who will claim in the future, and access to funding will mean we can continue to provide that intensive, essential support into the future.

Read the other blogs in this series:

A day in the life of a Universal Credit co-ordinator