An extra special celebration has marked 70 years of marriage for a Stockton couple. 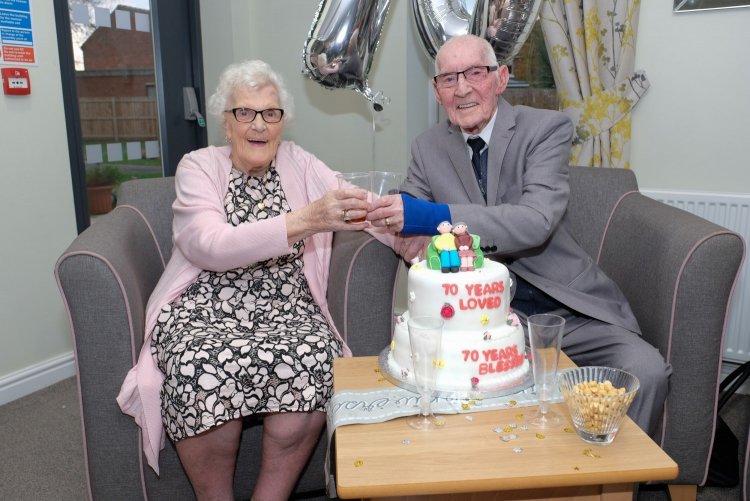 George and Ruby Storr celebrated their platinum wedding anniversary in style, with family, residents and staff at Winford House, one of Thirteen’s extra care schemes in Billingham, where they both live.

A surprise party, marked the occasion for the Stockton couple, who married when Ruby was 19 and George was 22 at St Joseph’s church in Norton. George, now 92, was working as a labourer repairing a house on the street that Ruby lived, which had been damaged during the war.

George later joined the Green Howards and Ruby, now 89, worked in a local laundry in Norton. They lived in Norton, before moving to the Roseworth estate, where they lived for 55 years and had four children. They moved to Winford House in 2015 and they immediately settled in.

They were completely unaware that a party had been planned to celebrate their anniversary and they thought they were going out for tea with their daughter Barbara.

Tanya Walsh, Thirteen’s extra care scheme officer at Winford House said: “I would like to congratulate Ruby and George on their many wonderful years together.

“It was a lovely surprise for them. Everyone had known about the party for several weeks and were there to surprise the couple. It is always such a pleasure to share milestones like these with our residents.”

Winford House in Billingham is an independent living extra care scheme for over 55s, with access to onsite care and support services.