Residents in two areas of Middlesbrough have been recognised for their efforts to make a real difference within their communities. 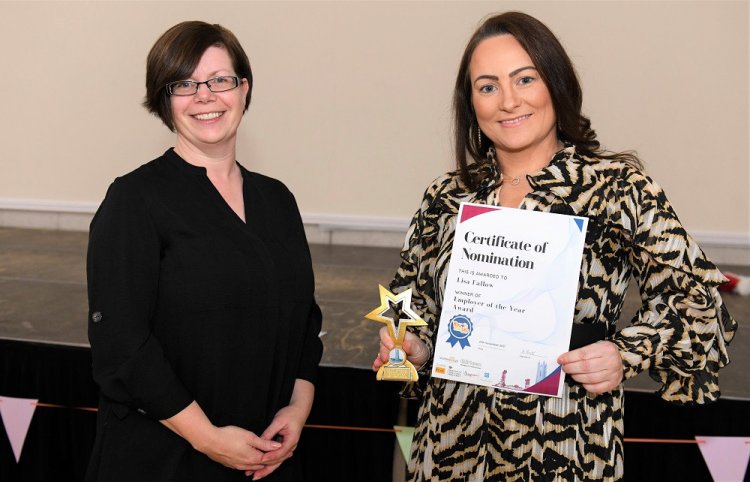 Thirteen worked with Middlesbrough Council and Youth Focus North East to host the first ever community award ceremonies in Newport and North Ormesby.

The awards celebrated the support given by businesses, organisations and local people when everyone has faced huge challenges over the last 18 months.

Members of Youth Focus organised and delivered each of the ceremonies themselves. The young people even designed goody bags for all attendees and encouraged guests to make pledges to their community to help improve the areas.

Lisa Fallow was named employer of the year at the North Ormesby awards. She said: “It was such a lovely night.

“I do what I do in my business not for recognition, but because I’m passionate about my work.

“I’ve been in the beauty industry for over 21 years and have had Savvy Health Hair and Beauty Academy in North Ormesby for 10 years, and I’m very humbled and grateful to win this award.”

Lyndsey Coe, neighbourhood development manager at Thirteen, said: “The young people organised two brilliant ceremonies that gave us the chance to recognise some great examples of communities supporting one another during such a difficult time in Middlesbrough.

“This support has made, and continues to make, a real difference in the communities, so I’m really pleased that we could celebrate them and recognise those who do so much for other people.”

Awards were presented by key figures in the community, including the Mayor of Middlesbrough, Andy Preston, Mieka Smiles, the Deputy Mayor, councillors, residents, and representatives from local organisations including Thirteen, Middlesbrough Council, Youth Focus North East, Linx Project and the MFC Foundation.

Heather Insull, from Youth Focus North East, said: “We have had the pleasure of supporting young people to plan, design and deliver these two events for their local communities.

“It’s fantastic for young people to take ownership of this project make it their own and the response from the community to these young people was priceless.”