Responding to concerns raised by residents in the area, Thirteen, in partnership with the charity Crimestoppers, Cleveland Police, and the national Illegal Money Lending Team, has announced a series of measures to tackle anti-social behaviour (ASB) in the Hemlington area of Middlesbrough. 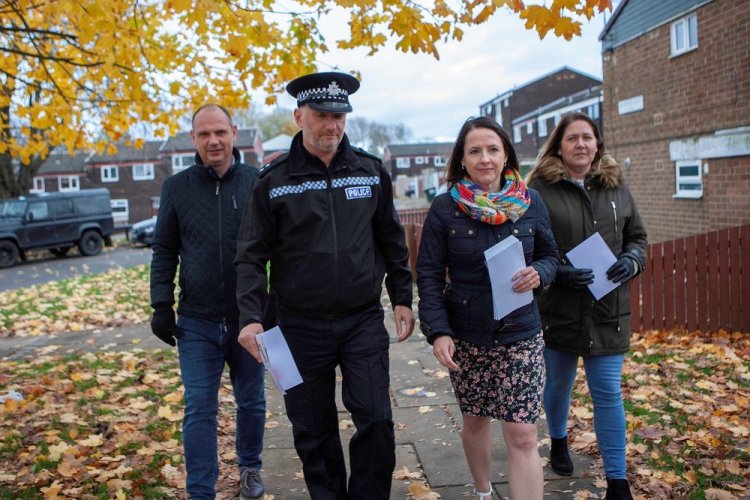 In recent weeks, dispersal orders have been used by the police to crack down on problems and reports have emerged of police vehicles being attacked. In response, housing company Thirteen has launched a series of measures to help alleviate the issues.

Thirteen is investing in new CCTV cameras focussed on ASB blackspots, which will be monitored by the council; new community initiative engagement co-ordinators are being recruited by Thirteen; and the organisation has commissioned the charity Crimestoppers to run an information campaign to encourage residents affected by crime to report issues 100% anonymously.

Chris Smith, executive director of service delivery and development at Thirteen, said: “For some time, customers in Hemlington have been affected by anti-social behaviour. During a recent consultation in which we spoke to dozens of people in the area, it became clear that not only was disruptive activity a blight on the lives of local people, but many were afraid of reporting it.

“If, for whatever reason, residents feel unable to speak to the police, then the charity Crimestoppers can take your information completely anonymously. It is hoped that the measures we’re introducing will help to alleviate problems and enable Hemlington residents to live more safely and happily.”

As part of the campaign, 1,200 information packs will be distributed to homes across the area with information about support services and outlining options around crime reporting.

Ruth McNee, regional manager at the charity Crimestoppers, said: “We know that some people are worried about speaking up about crime in their area, which can leave those causing trouble or harm thinking they can continue without challenge.

“Our charity believes everyone has the right to feel safe from crime. We play a unique role in giving people the option of reporting anonymously what they know – such as those who is responsible for anti-social behaviour, dumping rubbish, vandalism or intimidation through threats or violence.

“Every day, over a thousand people contact us to pass on what they know about crime whilst staying 100% anonymous. Always. Crimestoppers has kept its guarantee of anonymity to the millions of people who have contacted us since we began over 31 years ago. You can use our online form at Crimestoppers-uk.org or call our professionally-staffed 24/7 UK Contact Centre on 0800 555 111. Together, we can help make Hemlington safe for all residents.”

“We began Operation Octavius on Friday 1st November after an increase in reports of antisocial behaviour and damage, mainly in the C and D blocks in Hemlington in the latter half of October.

“This has seen officers deployed every evening to provide a visible deterrent.  We have also visited the parents of those believed to have been involved and we also plan to interview others in due course.

“We have also made use of dispersal orders whenever these have been necessary, and we are pleased to report that we have already seen a reduction in calls and damage in the area in the last few days.”