Thirteen is lending its support to a national campaign aiming to help tackle loan sharks. 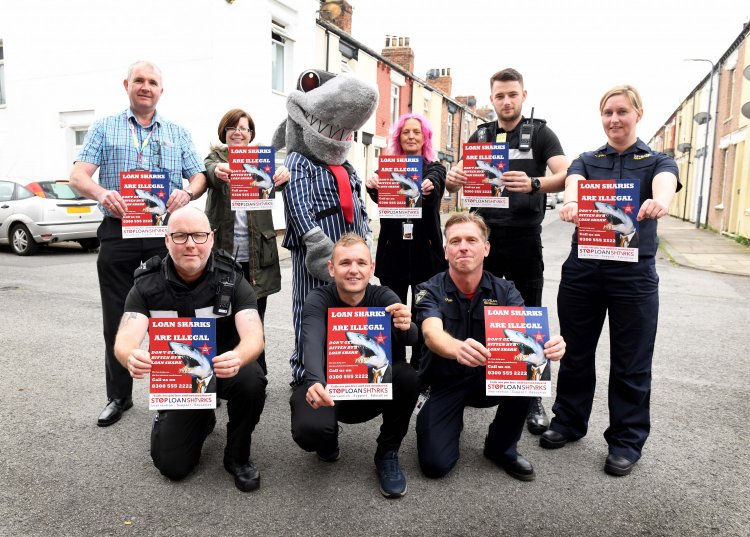 A week of action was held in North Ormesby to raise awareness of illegal money lending and signpost victims to support outlets.

The campaign was the result of a partnership between the England Illegal Money Lending Team (IMLT), Moneywise Credit Union and the wider North Ormesby Locality Working Team which includes partners such as Thirteen, Middlesbrough Council and Cleveland Police.

During the week, officers took part in a leaflet drop in North Ormesby where they spoke to residents about illegal money lending and provided real alternatives and assistance for those struggling financially.

The campaign’s mascot, Sid the Shark, also made an appearance to raise awareness of the issue and provide safety information and advice.

Tony Quigley, Head of the England Illegal Money Lending Team, said: “We know that illegal money lenders operate in communities and that they exploit the most vulnerable people. The campaign aims to raise people’s awareness of the problem and let them know where to go for help and support.

“We encourage anyone who has been targeted by loan sharks or who has concerns about someone they know to please get in touch. We have helped over 30,000 people affected by this crime get their lives back through specialist support.”

Loan sharks are unregulated, often give cash loans without any paperwork and charge extortionate interest rates. In most cases, victims are introduced to the lender either through a friend, family member or because they are known in the community.

They may offer what appears to be a quick-fix small loan but in the long term, any money borrowed will come at a very high price and may lead to violence, threats and intimidation.

Thirteen is training staff at all levels to ensure they can identify loan sharks and signpost victims to support confidentially and safely.

Lyndsey Coe, Thirteen's senior neighbourhood development manager, said: “Working together with partner organisations is an incredibly effective way of highlighting the serious issue of loan sharks, who we know target some of the most vulnerable communities.

“We want our customers to know that there is support available if they have debt problems, so we’ve been working with colleagues to ensure they have the training and knowledge to help.”

The IMLT is delivering paid adverts on social media sites to encourage reporting of loan sharks and promoting the support available to victims.

If you have been affected by illegal money lending, call the Stop Loan Sharks 24/7 Helpline on 0300 555 2222 or access support online at www.stoploansharks.co.uk. Live Chat is available on the website from 9am to 5pm, Monday to Friday.