Customer has her eyes on the prize

Following a major consultation event to give people the chance to have their say about a housing development in Middlesbrough’s Grove Hill, one attendee is celebrating after winning top prize in the event’s prize draw. 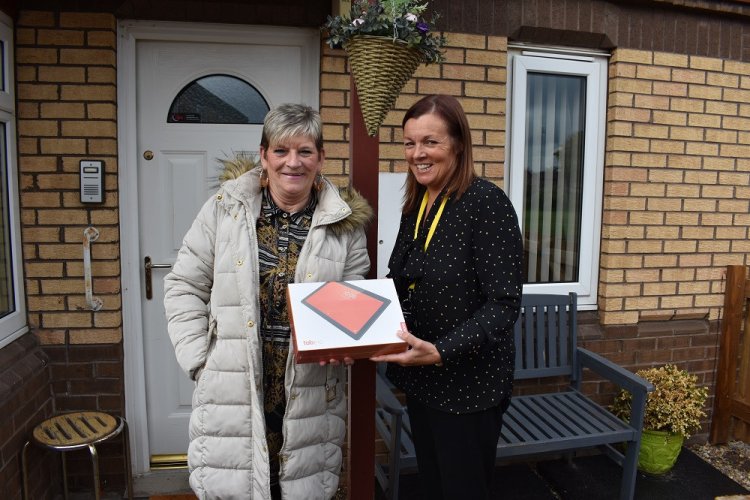 Local resident Maureen Downey came along to the event to give her opinion about the future developments in the area and completed a comments form which was entered into the prize draw.

She won a tablet computer as first prize in the draw which she said would make a great Christmas present for one of her family.

Maureen continued: “I was asked to go along to the event and have a look at the designs and have say.

“Everyone was really welcoming and I just filled in a survey about what I’d like to see in the area. A few weeks later Jane gave me a call to tell me I’d won, so I was really pleased!”

Jane McLone, one of the neighbourhood co-ordinators for Grove Hill, went along to present the prize to Maureen.

As well as the first prize tablet computer, Jane visited two other residents who received shopping vouchers as second place prizes in the draw.