Fly-tipping investigators hit the streets to track down culprits

Thirteen’s specialist investigators have taken to the streets to crack down on fly-tipping. 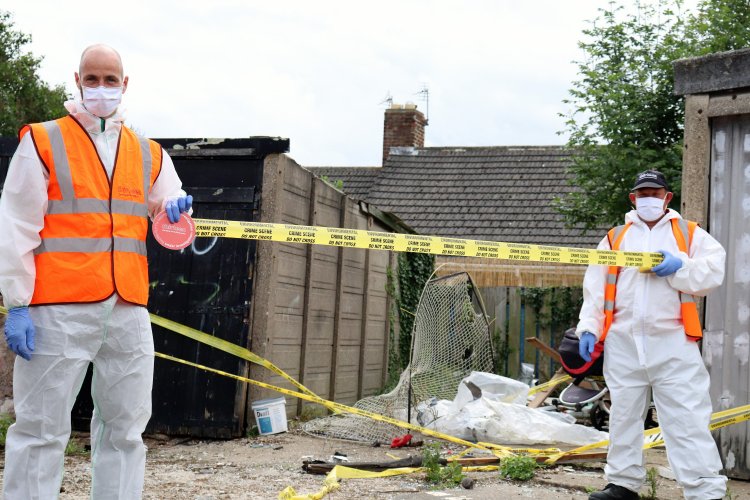 Fly-tipped rubbish has brought with it an increased risk during the coronavirus outbreak and where cases have evidence within them, they are being reported to the local authorities for action.

Over the past three months fly-tipping has increased 193% in comparison to the same time last year, and has seen the team tackle around 850 tonnes of rubbish in the last 12 months, with 250 tonnes just in the last three months, in the Tees Valley and further afield.

Director of facilities management Scott Lowther said: “Fly-tipping is a crime. It’s dangerous and irresponsible. For those who take pride in their community, this is a real shame.

“Sadly we’ve seen the incidents of fly-tipping increase in our communities. Our estates team are working tirelessly and they’ve taken on this issue with determination.

“It’s not just as case of us clearing up the rubbish. We want to see people prosecuted for their actions. “Where fly-tipping is being investigated, the rubbish will be strung with yellow tape and a notice, to reassure neighbours that the issue is being dealt with.

“There’s a range of offenders who are committing this crime – especially those who go from door to door charging money to take rubbish away. It’s within the rubbish that there’s often a whole range of giveaways that contain personal information.

“We’re working closely with partner organisations and local authorities to put a stop to this. I’d like to thank members of the community who report fly-tipping to us and provide evidence.

“In some of the worst hit areas, hidden CCTV cameras are being placed to keep watch and catch the culprits, but we’ll continue to rely on some help from the neighbourhoods to be the eyes and ears and report fly-tipping.

“So we’re asking everyone who wants to help make their community a better place to live – if you see it, please report it.”