Residents are being warned about the dangers of fly-tipping ahead of the festive season. 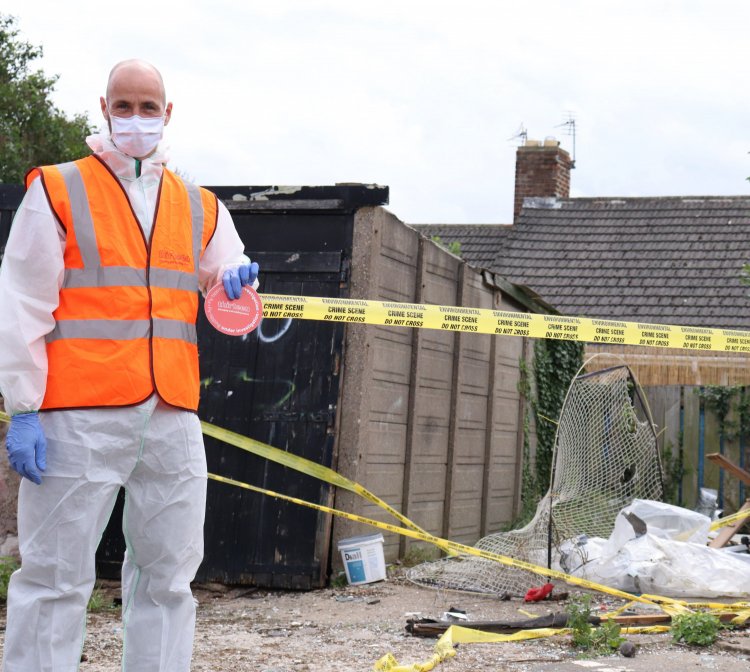 Thirteen is asking everyone to dispose of their rubbish responsibly and remember that fly-tipping is a crime.

Where cases of fly-tipped rubbish have evidence within them, the company’s specialist investigators won’t hesitate in reporting it to the local authorities for action.

“We know that general house-hold waste increases over Christmas. But fly-tipping is a crime. It’s dangerous and irresponsible. For those who take pride in their community, this is a real shame.

“In some areas, hidden CCTV cameras will help us to keep watch and catch the culprits, but we want communities to help by reporting fly-tipping.

“Our estate services team are working tirelessly. But they won’t just be clearing up rubbish, we want people to be prosecuted for their actions.

“We find a range of giveaways in the piles of rubbish that contain personal information. So if any fly-tipping is being investigated it will be strung with yellow tape and a notice, to reassure other neighbours that the issue is being dealt with.”

Sadly there’s a range of offenders who are committing this crime. Unfortunately, waste disposal and household clearance services are being advertised - often at a price which is too good to be true and they go from door to door charging money to take rubbish away, but then dump the rubbish.

Scott continued: “Many people aren’t aware of the very serious consequences. They face a fine and the trader found to be fly-tipping could face an unlimited fine or a prison sentence.

“If you’re asking someone to dispose of rubbish, to keep yourself safe, always carry out the relevant checks if you’re paying for waste to be disposed of, and ask the company for their waste carrier registration and always get a receipt, before you hand over your waste and your money.

“We’re continuing to work closely with partner organisations and local authorities to put a stop to this. I’d like to thank members of the community who report fly-tipping to us and provide evidence.

“We’re asking everyone to help make their community a better place to live – if you see it, please report it.”