A number of historical items dating back to the 19th Century were discovered when a derelict former 19th Century Methodist Chapel, which has been transformed into affordable housing, was officially opened. 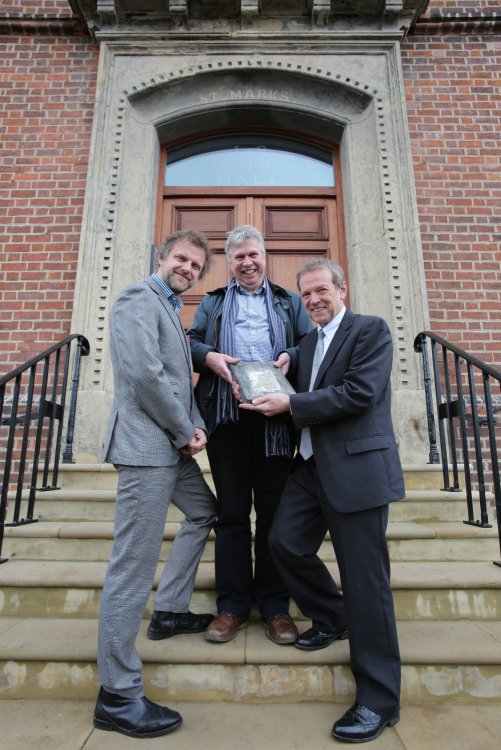 A time capsule dating back to 1860 when Morison Hall in Hartlepool was constructed is being opened for the first time in more than 150 years. It was replaced by a 2016 time capsule provided by year five children from St Bega's Primary School as part of a history project in conjunction with Hartlepool New Deal for Communities (NDC) Trust.

The original time capsule contained booklets from 1854 and 1859 demonstrating the building’s religious past, a florin coin, a copy of three newspapers dated 1859, the only surviving copy of the original poster advertising the laying of the Foundation Stone and a small tin match-box with pieces of cut up leather and clothing, the background of which is currently a mystery.

The strangest item was a piece of bone. Legend had it belonging to a Roman Warrior but reality is believed to be more mundane and it is actually part of a leg bone from a sheep!

An explanatory letter describing the laying of the time capsule under the foundation stone also details the people involved in the building project in the 19th Century and its costs. The building cost £2,100 in 1859, which in real terms today for employing labour and the cost of materials is £1.3million.

All the objects are in the environmentally-controlled museums store in Hartlepool ahead of further inspection and research into their heritage.

The 2016 time capsule prepared by the school children included one of every coin, a newspaper and information about contemporary icons including Stephen Hawking, the Queen and astronaut Tim Peake.

The formal opening ceremony was conducted by Jon Fitzmaurice who founded the Self-Help-Housing Organisation.

Housing Hartlepool, part of the Thirteen Group, worked in partnership with the NDC Trust, which owns and will manage the properties, in the project with support from North East Procurement, Hartlepool Borough Council and Esh Property Services to create eight two-bedroom apartments for affordable rent.

Around 40 individuals; long-term unemployed, people with mental health problems and trainees on the Armed Forces Employability programme, benefitted from work experience on the development, gaining valuable skills and qualifications.

Properties are now available and ready for occupation.

Martin Hawthorne, Thirteen Group’s director of development and regeneration, said: “This was a unique and special regeneration project, which has rejuvenated the old chapel to provide affordable homes in the area with some very distinctive characteristics.

“It was a pleasure to be involved with such an interesting development and the results are fantastic. These apartments will make exceptional homes for local people and I am sure they will be in great demand.”

Malcolm Walker, Chairman of Hartlepool NDC Trust, said: "We are proud to have brought such an important building back into use. The new apartments are excellent and we look forward to finding tenants for them. It was an added bonus finding the time capsule and we are delighted that St Bega's school has produced a new capsule for us to bury for the next 150 years."