“It looked like a brand new flat – I was buzzing!”

When customer Shelby Dawson, 25, moved into a flat of her own for the first time she couldn’t wait to get stuck in with some decorating, but after some unexpected teething troubles put a spanner in the works, she got in touch with Thirteen for support. 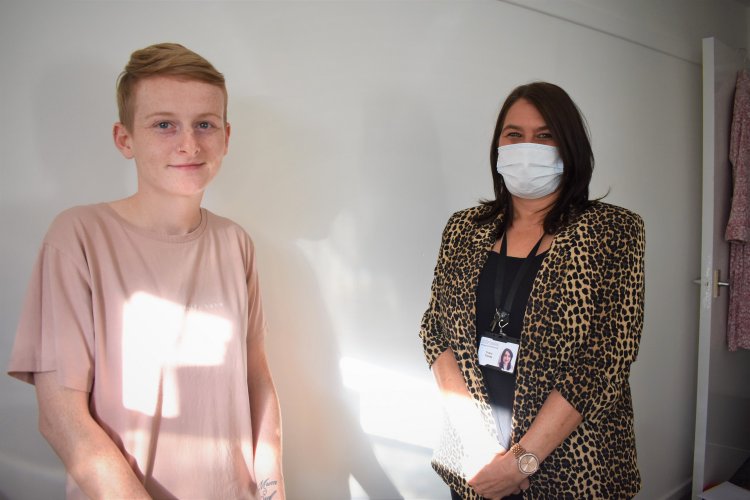 When Shelby was handed the keys to her new home, she was excited to move in and make the place feel like home: “Thirteen gave me a £200 decorating voucher before I moved in so I could get the paint and wallpaper I wanted. I’d went for a viewing with my mam before I got the keys, so I knew the flat needed work doing to it, but I saw it had loads of potential."

However, Shelby’s big plans for moving in were scuppered when large sections of plasterwork started coming away when she began stripping wallpaper in her bedroom.

She was understandably worried about having to delay moving in, so Thirteen arranged for an inspection the following day and additional repair works to the plasterwork, paintwork and doors to be carried out the following week.

“Tracy [repairs and voids customer co-ordinator at Thirteen] didn’t leave me in limbo. She called me every day to let me know what was going on because she knew how much I wanted to move in. Even on days when work wasn’t happening, she’d still call.”

Near the completion of the works, Thirteen also helped Shelby with fitting new carpeting.

“It looked like a brand new flat – I was buzzing!”

Shelby has since finished decorating and is settling in well in her new home.