Luke’s climbing to the top of the championships

A tree surgeon is climbing his way to the top of the British pole climbing championships. 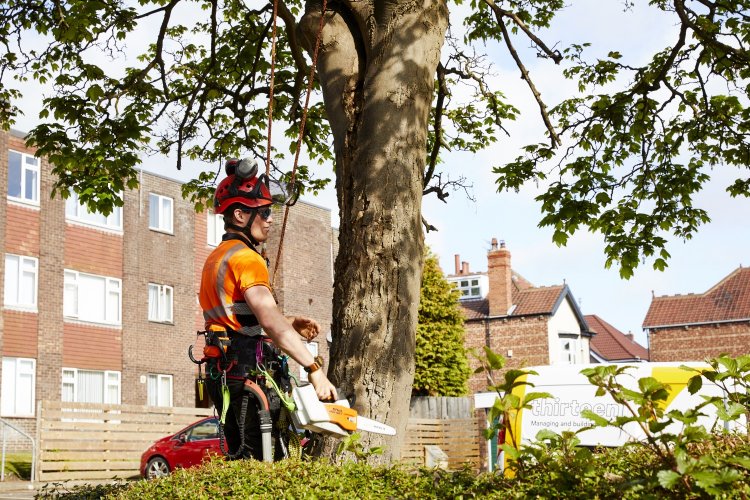 Luke Towler, 19, from Sedgefield, who has worked as an arborist for Thirteen for around eight months, has been competing around Britain for four years.

In his latest success, climbing up a tree pole 80 to 90 foot tall, Luke was named the winner, at the championship in Kent, finishing a couple of hundredths of a second off the world record - just under 9.7 seconds.

Luke, has competed in three events, including the Royal Highland Show, Malvern Show and the Three Counties Show and is currently second in the championship said: “I first started competing when I was at college.

You’ve got to keep fit and train really hard for these events, which each can last three days. “Everyone has been really supportive at work too. There’s another three events to go and I’m really looking forward to the challenge.”

Senior FM Manager (Estate Services) Mike Hall said: “We’re really proud of Luke’s success, this is a fantastic achievement for himself and we fully support his attempt to win the championship."