A desire to make a real difference to customers’ lives has led to a new member of staff joining Thirteen's tenancy support team. 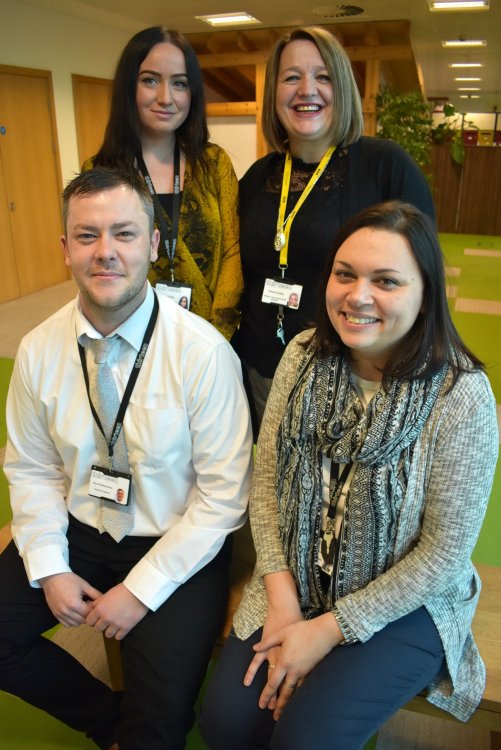 Paul had previously spent time as a fencer in Thirteen's repairs and maintenance, and an apprentice in the neighbourhoods team.

Paul said: “I’d done quite a few jobs since leaving school and although some people might raise an eyebrow at me deciding to become an apprentice at the age of 33, I wanted to find a role where I could make a real difference to people’s lives.

“Job satisfaction is a huge aspect of work for me, so making the decision to follow an apprenticeship to give me the background and confidence I needed to take on my current role, has been brilliant for me.”

As Paul lives in a Thirteen property, he was eligible for support from the employability team. Jessica Dolby, a caseworker in the team, began working with Paul last year after he referred himself on the recommendation of a family member.

Jessica’s discussions with Paul revealed that he was keen to embark on an apprenticeship as he felt he might benefit from the support and guidance that the courses offer. Their hard work led to Paul gaining his apprenticeship in the neighbourhoods team.

Jessica said: “Paul has extensive experience in other roles but during our conversations, he said he was keen to embark on an apprenticeship because he saw it as a valuable opportunity to progress within a well-established company.

“We worked together to update his CV, searched for local apprenticeship providers and completed an apprenticeship application for Thirteen. I think Paul really benefitted from the added support to highlight his skills and knowledge.”

Paul was in his apprenticeship role with the neighbourhoods team for four months before having the opportunity to apply for his current full-time role. He said he was pleased to continue with the apprenticeship qualification at home and is working hard to gain an NVQ level two in housing and property management.

He continued: “If anyone wants a little extra support in their working lives, I’d thoroughly recommend giving the employability team a call. Their help has been invaluable and I just want to say a massive thank you to Jess and everyone else involved within the team.”

For more details about our range of employability services, visit www.thirteengroup.co.uk/employmentsupport