One More Light for Christmas

Last week a number of eager Thirteen colleagues joined others from across the Tees Valley for the very first One More Light rehearsal. 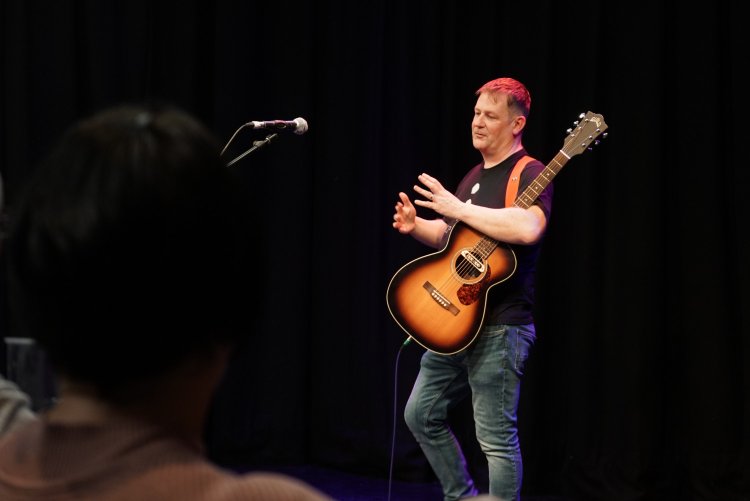 It was an absolutely fantastic evening of singing and laugher for a really great cause and with more rehearsals planned over the next few weeks, we’re sure if you come along, you’ll really enjoy it.

Organised by Mike McGrother from the Wildcats of Kilkenny and launched at a Thirteen event on World Suicide Prevention Day… One More Light is Mike’s most ambitious project yet.

Describing the project, our very own Michael Cook who is working alongside Mike Mcgrother, said:

“Teesside built the world. Now is the time to help us build bridge’s once again, but this time using our hearts and compassion rather than iron and steel.

“To help us do this a thousand Teessiders will be coming together to record Linkin’ Park’s ‘One More Light’.

“Thirteen alongside schools, colleges, and the blue light services, are all committed to making a difference."

So how can you get involved?

The aim is to get as many Teessiders involved and as one of several local organsations that are sponsoring the project we’d love it if you or others who live, work or are part of the Thirteen community get involved – whether you can sing or not. The song will be performed at each of the local council’s Christmas light switch-on and will be released in time for Christmas.

If you’d like to join the choir, you’ll be asked to come along to:

*Please make sure you attend at least one rehearsal, so you know the harmony.