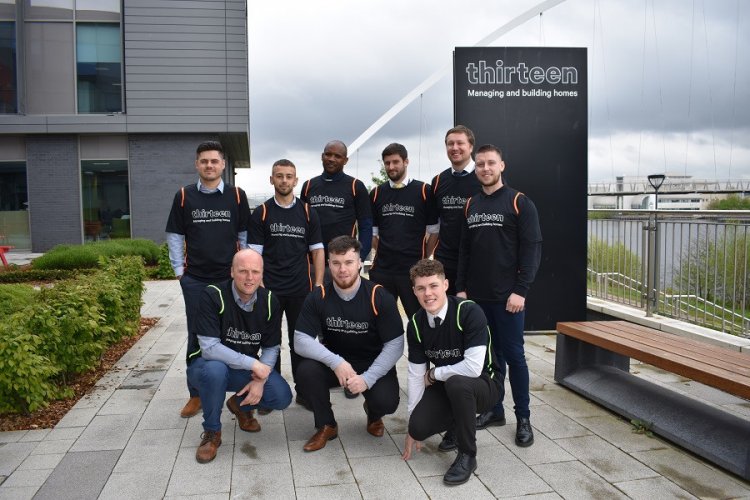 Teams of players from Thirteen and Groundwork North East and Cumbria will be taking to the pitch on Thursday (9 May) to do battle in a one-off match.

The event will help to raise money for Groundwork’s community fund and Alice House Hospice in Hartlepool.

Nathan Younger, neighbourhood co-ordinator from Thirteen, said: “We were approached by Groundwork to pull together a team to help raise funds for two charities, which we were only too happy to do.

“We’ve picked the best players from across Thirteen and will be taking a strong team, so I think it’ll be a competitive game!”

Andrew Wood, from Groundwork North East and Cumbria, said: “We are extremely grateful to Thirteen for agreeing to participate in the charity football match, which will help raise essential funds for some of the region’s most disadvantaged communities.

“We are also raising funds for the Alice House Hospice in Hartlepool, who had taken care of one of our colleagues who sadly recently lost her fight against cancer.”

The match will take place on Thursday 9 May at 5.30pm on the grass pitch at Longfield School, Darlington, DL3 0HT.

The participating teams will be donating to play, and there will be an entry fee for spectators of £2. There will also be collection buckets and football cards on the sidelines to help raise funds throughout the match, along with a trophy presentation for the winning team.