Thirteen has got behind a national campaign and is encouraging its customers to take steps to prevent accidental fires in the home. 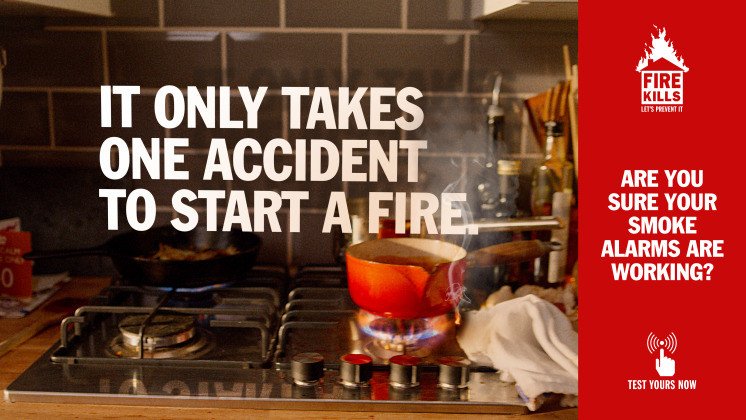 The Home Office’s Fire Kills campaign highlights everyday risks around the home and the importance of having a working smoke alarm.

The campaign, which runs until the end of March will see adverts shown throughout the media, getting this important message across.

Candles, cigarettes, portable heaters and overloaded extension leads are all incredibly dangerous and can lead to fires in the home.

“This campaign brings home the important messages and reminds us that it is so easy to make a mistake, but those mistakes are easily prevented.”

The campaign developed with the National Fire Chiefs Council urges people to test their smoke alarms on a regular basis, at least once a month.

Figures released by the Home Office show that you are around eight times more likely to die in a fire if you do not have a working smoke alarm in your home, with elderly and those with disabilities at a higher risk.

Most accidental fires start with cooking appliances, such as pans left unattended, or items left too close to the cooker, such as a tea towel.

Read more about the campaign at https://firekills.campaign.gov.uk/