Thirteen is celebrating after two staff members have been named finalists in the Generation4Change North East Constructing Excellence Awards. 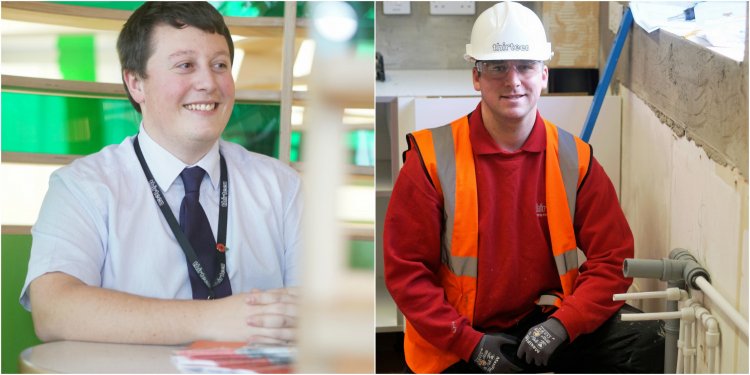 Electrical co-ordinator Adam Pearce has been shortlisted in the future leader category and apprentice plumber Jordan Morrison is in the running for the trade apprentice of the year award.

24-year-old Adam, is an ambassador for Thirteen and all young people wanting to work within the construction industry. Becoming a supervisor, at such a young age, Adam constantly encourages young people from local schools and colleges to believe in themselves and their abilities.

His dedication to drive forward the industry within the region, shines through and he has recently been named co-chair of G4C Tees Valley, a new committee to promote the area.

Apprentice plumber Jordan Morrison, joined Thirteen after spending four years in the army. An apprenticeship meant a new chapter for Jordan, with new goals and he’s got a really bright future ahead of him.

Thirteen’s director of investment and maintenance Nik Turner said: “This is an incredible achievement for two of my team members. They have both achieved so much in their careers and they’re fantastic role models to anyone in the construction industry.”

Winners will be announced on Friday 3 May at the awards ceremony.