Local people and organisations are being given the chance to view proposals and have their say about plans to revamp a popular park in Middlesbrough. 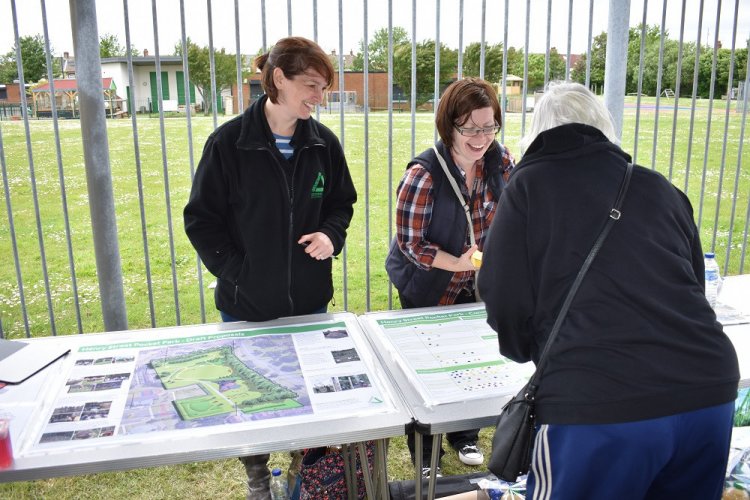 Plans to develop Henry Street recreation area in North Ormesby will be on show at Thirteen’s Pennyman House on 19 June.

The North Ormesby Health & Wellbeing Group, Groundwork North East and Cumbria, Middlesbrough Environment City, Middlesbrough Council and Thirteen are working with the wider community to understand what they want from the park.

To kick-start consultations on the development, over 100 local people came together for a special day of fun and to give their opinions about improving the area.

People had the chance to have their say about the current facilities, how they’d want amenities to develop and additional facilities that residents would like to see in the future.

Lyndsey Coe, senior neighbourhood development manager at Thirteen, said: “Henry Street field is an important resource for local people and something of a hidden gem in North Ormesby. We're hoping to make real improvements in the future and by speaking to as many local people as possible about development options, we hope to provide an even better facility for all members of the community to enjoy.

“It was great to see so many people come along and take part in the fun day. It was really busy and we had dozens of comments about future plans which shows how highly people value this space.”

People who came along to the event were encouraged to share their views about a range of issues including play facilities, nature areas, open spaces and landscaping, space for events and family activities, and lighting, seating and parking.

As well as consulting about the future development of the Henry Street field, families also got the chance to ride the smoothie bike; meet Cleveland Police’s community officers and Bobby Bear; climb on board a fire engine; eat healthy snacks; take part in a variety of games and activities; have their faces painted; pick up a balloon animal and help with a litter pick.

Jane Lister, from the North Ormesby Health and Wellbeing Group, said: “The community action day was a real success and it was a chance for families and residents to come along to discuss what they would like to see being done to the park.

“It was a great opportunity for all the agencies to work together and the feedback that was received was great. People signed up to be kept updated and be involved which is what we want and need as a community. We need to come together and make things happen and to make North Ormesby a better place for future generations to live.”

Tara Colvin, a local resident said: “I thought it was a lovely turn out and really brought the community together. Everyone had great ideas for what they would like to see and everyone thoroughly enjoyed themselves.”

There will be another opportunity to comment on the plans at a consultation event at North Ormesby Community Council at Pennyman House, just off the market place in North Ormesby, on 19 June at 6.30pm.