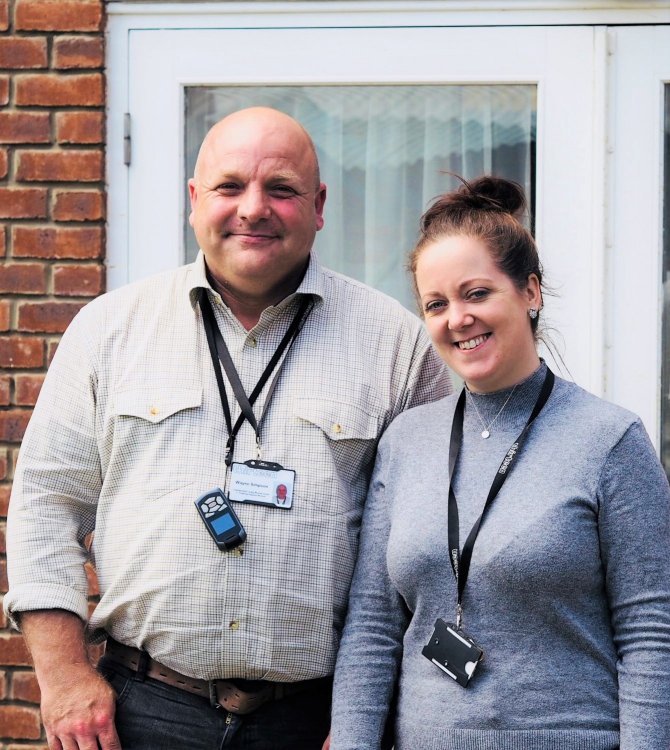 Wayne Simpson joined Thirteen as a volunteer two and a half years ago.

He started as a peer mentor at Thirteen's Kairos project and he first heard about the project when he was referred as a client.

Reflecting on his time at Kairos, Wayne said: "Kairos helped turn my life around, and after receiving such fabulous support, I decided I wanted to become a volunteer with the service.

"Volunteers play a vital role in supporting clients, and when the chance came up for me to get involved, I felt it was the ideal opportunity to give something back.

"I could support the clients knowing that I've experienced similar pressures and challenges that they're facing each day."

Natalie Rae, volunteer and peer mentor co-ordinator, agreed: "Clients always look to Wayne as an inspiration. He shows empathy, and people listen to him as he's been through a similar journey to theirs.”

When Kairos closed, Natalie asked Wayne to think about volunteering in Thirteen's Tenancy Support team in Hartlepool, an outreach team that helps vulnerable tenants. Wayne is the first to admit he wasn't initially sold on the idea and he thought long and hard about it. He sat down with some of the team who made the role sound really interesting, and he's so pleased he took up the opportunity as he hasn't looked back.

Emma Robertson, a tenancy support co-ordinator became Wayne's mentor, and she was instrumental in helping him learn to deal with immediate issues, co-ordinate with other agencies as well as prepare support plans and risk assessments. Wayne was thrown in at the deep end, and he loved it. It was the challenge he needed, and when a permanent role came up, he applied and was successful.

He's now a support service worker, and he works with 16 - 24-year-olds to help support them with their often chaotic lifestyles.

Wayne feels that volunteering with Thirteen has helped build his confidence and transform his life.

He said: "Volunteering has given me real structure and I've been able to get hands on experience while being encouraged to learn. The team have all been so supportive, and I love coming to work each day. I believe the more involved you get, the better the experience and I'd encourage anyone who's thinking of signing up to do so."

Natalie added: “Volunteering is a natural progression into employment, it can change lives by giving people the opportunity to try new things and learn and develop their skills.

"I'm so pleased for Wayne. He's a perfect example of how someone can take an opportunity like volunteering and make the most of it."

Asking Wayne what advice he'd give to others in a similar position to him he added: "Don't be afraid of change."

To find out more please contact Natalie on 01642 947237 or email natalie.rae@thirteengroup.co.uk